uh, y'know, the sounds that sound good together... sometimes... and sometimes sounds like the disgusting "squish squish" sound Slicker's mom makes whenever she walks

And that's just the popular albums. Herbie Hancock's been doing the same thing for quite some time, since he can't sing.

I get your point, though. Since they dropped the STP name twice before to record with other vocalists, it would've made sense to do it again. I'm guessing either A) they think Weiland's out for good now, or B) they're looking at the sales from their side projects and decided to be more mercenary because the STP name will sell more.

jjreason wrote:Slash & Santana both put out records over the past few years with rotating vocalists (including some fairly interesting choices like Ian Astbury from The Cult on the Slash record). It's what bands do when their singers quit, die or don't want to do it anymore.

But Slash and Santana never had a permanent lead singer they formed the band with (might be wrong about Santana). Slash isn't a vocalist. He put together a band to play for him, AKA hired help. Scott Weiland wasn't hired help. He is a founding member (He's kind of THE founding member if you want to get specific).

jjreason wrote:Which is it for Weiland anyhow? Are you guys 100 percent sure he's not dead from the drugs & that's some weird lipsyncing doppleganger you got pics with?

Homeboy sticks to the bottle these days. He's been off the H since fairly early Velvet Revolver.

anarky wrote:Since they dropped the STP name twice before to record with other vocalists, it would've made sense to do it again. I'm guessing either A) they think Weiland's out for good now, or B) they're looking at the sales from their side projects and decided to be more mercenary because the STP name will sell more.

I think it's all a petty cash grab and a Fuck You to Scott since they couldn't get along. And I'm sure all the press they're getting out of it pleases them to no end.
"As they say in China, 'Arrivederci'!"

After reading that the band is suing Weiland to try to prevent him from performing STP songs in concert, and is pretending earlier agreements that no former members could use the name Stone Temple Pilots, I'm just saying "fuck you" to this frankenband now. I'm seriously tempted to say "fuck you" to Linkin Park, too, but, hey, Chester will probably stick with "STP" and Linkin Park will be no more, so I doubt it's an issue.

Nah, that would be mistake. STP is way, way, way past its prime than Linkin Park - who I'm almost scared to say is past their prime, even since that TF soundtrack anyhow.

So, the reviews on Amazon for the "stp" EP are pretty glowing. Which sounds impressive. Until you consider that only the handful of people who would actually buy it have an opinion.

I wasn't especially impressed by the initial single, but listened to the MP3 samples Amazon had. It's just really, really underwhelming. It's the kind of thing I could see myself picking up at a thrift store that doesn't charge $4 per CD

down the road just to have a complete set of albums (and then likely never listening to it more than once), but, yeah, even at $6, it's not really seeming worth getting at all.

A bit ironic that it comes out at the same time as the new Pearl Jam album, a reissue of Eric Clapton Unplugged, and about a week or so after the reissue of In Utero. It's like 1993 never left, except stp lost their singer.

No.
I pirated this musical abortion when it leaked and gave it the benefit of 2 listens, which was 3 listens too much.
This is an incredibly unimpressive, uninspired, boring piece of shit.
Even with my completest mentality, I will never buy this, because this is not STP.

Official first week sales were 13,520 (#21), which is pretty sad considering people supposedly love it.
I know EPs don't sell that well, but based on the poor quality of that first single, the amount of radio airplay and the excitement jackasses had, I expected it to sell much more.


And I realized something. If they had simply not used the name Stone Temple Pilots I would 100% fine with this band, just like I was last time with Talk Show. Using the STP moniker feels not only like a direct "fuck you" to Scott Weiland (who is equally responsible for this feud), but its also a blatant cash grab by the Deleos and Kretz (which, thankfully appears to have failed).


All I want to see Talk Show featuring Scott Weiland...
"As they say in China, 'Arrivederci'!"

So since the last post...
STP has settled with Scott. Details are not clear, but "STP" has dropped the "with Chester Bennington" bullshit.
Scott has a new band, Scott Weiland and the Wilabouts that just released a pretty good new album, Blaster, which apparently sold rather poorly right out of the gate.
And Scott is/isn't in another band called Art of Anarchy, which is a horrible name and sounds so mediocre it hurts.

I had to look them up again. They're forgettable. I was thinking the "former GNR guitarist" was whichever of the Stinsons (Tommy?) was in the band for a short time, so it might be interesting since the Replacements were pretty awesome. But it's some random dipshit named Bumblefoot who's a passable guitarist and whose real claim to fame outside GNR is playing on (heh) one Jessica Simpson track.

BTW, while typing this, I still have the video playing. It's at the 3:50 mark. My mind keeps thinking, "Isn't this over yet?" There is a pretty decent acoustic-sounding solo around that point. But that and Weiland are the only things worth mentioning.

I agree Blaster is awesome. I just wish he hadn't changed up the lyrics to "20th Century Boy." Marc Bolan might've written nonsense, but it was some amazing nonsense, and trying to make his lyrics less nonsensical generally backfires.

The last few years have been an amazing experience. I got to create and perform with one of the greatest rock bands of our generation, that had so much influence on me growing up. With the amount of time STP deserves, in addition to being in Linkin Park, and with the needs of my family, one of them always seems to fall short. Going in to this, the four of us… Robert, Eric, Dean and myself knew what we were up against. We decided in due fairness to friends, fans and the legacy of STP that it needs more than time was allowing me. And in all fairness to my bandmates in Linkin Park, as well as to myself and to my family, I’m going to focus solely on Linkin Park so I can contribute 100%. It’s been an amazing experience and a dream come true, and I look forward to the future of both STP and Linkin Park.

What an amazing and beautiful few years we’ve all had together. It was our honor to play and see all of you recently on tour. We have thoroughly enjoyed our time together with Chester not only professionally, but even more so on a personal level. Sadly, it was evident that scheduling and time was working against us. Within this, there is a new beginning. There is an abundance of new music written, some of which is already recorded. We have had the fortune of playing with some very talented singers over the last few months and will continue to do so until each of us feels and knows when the right person arrives. 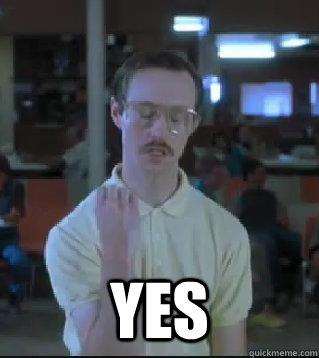 Aww, man, they were so bland and generic together! What will STP do now?

Scott Weiland is dead.
I'm in absolute shock.
I truly feel like I lost a family member.
"As they say in China, 'Arrivederci'!"

Sorry to hear that, when an artist goes you always wonder what they would/could have produced if given a bit more time.
"Something inside me....."
Top

"STP" has been searching for a new lead singer since February.
Rumors have it that they have have found one.
He is from the Philippines and his is name is John Borja.

Well, hiring a kid from a Filipino cover band worked for Journey.

Musically, I mean. Because the kid sounds like Steve Perry but would never have the balls to challenge Neal Schon.

Sales-wise, well, they still sell in the dozens of copies.

Doesn't surprise me at all that these liberal scum outsource jobs to third-world countries. KILLERY Cunton would have all the American lead singers replaced by Filipino Chineses. She already started with those commie wackjobs Journey. Poor Steve Perry, he never knew what hit him, and then Chingchong Chang takes his job and now he's on the street singing bullshit "Oh Sherrie" garbage. Neal Schon is a gaywad libtard, and probably Mexican. I'm sure he has to be Mexican. Only a Mexican would take someone's job like that. That's why we need Donald Trump. Trump will make Journey Great Again! He'll build a wall around REO Speedwagon, and make someone pay for it, who the fuck knows the name of any members of REO and the Sodomite Wagon? Fuck it, let Darius Rucker or Dave Matthews or one of those other alternative rock pussies pay for it, who gives a shit? And Steve Perry will be back where he belongs, in the band he founded with his good old American entrepreneurial know-how. Then Trump can make Stone Temple Pilots great again, and fire all those assholes and give the band back to its rightful lead singer, Chester Bennington!