uh... you need that explained to you? are you that fucking stupid? its self explanitory. explanatory, even.

Disney is shutting down its game division and discontinuing Disney Infinity. Discuss.


And by discuss, I mean rant.
"No Tom Foolery today, Ron. I'm tired of looking at your dreadful, speckled mug."
"Why do you hurt me in this way, Harry?"
”It’s a grid system motherfucker. Eleven up and one over, you simple bitch.”

holy shit! obviously someone stole all that fat Star Wars and Civil War money. how can they not be making enough money to support projects like this? interesting article on Disney's least performant business arm... so, because ESPN isn't doing as well as it used to, we'll close down the videogame arm. sounds legit! they were just touting how awesome DI was in comparison to the competition earlier this year! leader in the toys-to-life space, i recall. and it looks like we're being fucked out of the (presumably) Rogue One playset, additional Marvel figures and Peter Pan. Nemo and the Alice figures will be the last releases.

apparently the ~300 employees of the Interactive arm found out from the press release that they were losing their jobs. fucked up.
Life is short. STUNT IT!
Top

Saw the press release. That's too bad. They are putting out the Alice in Wonderland figures and the Finding Dory playset in June and that's it.

In a shocking turn of events, Disney announced this afternoon that Disney Infinity is officially no more.

Here is the official statement from Disney,

By now you may have heard the news that we have made the difficult decision to discontinue production of Disney Infinity. From the beginning, Disney Infinity was built for you—our fans—and I wanted to take a moment to thank you not just for your support over the years, but for creating a community that made Disney Infinity more than just a game.

Our goal for Disney Infinity was to bring the best of Disney storytelling to life in homes around the world, and with your support we accomplished that. We hope you had as much fun playing the game as we had making it.

So what’s next for Disney Infinity? We have two final retail releases coming, including three new characters from Alice Through the Looking Glass later this month, and the Finding Dory Play Set launching in June.

And as we turn to the next chapter in our story, I want to thank everyone who helped bring Disney Infinity to life, particularly Disney’s Glendale-based production and publishing teams, our external development partners, and of course the incredible Avalanche team for their tireless dedication to this project.

But most of all, I want to again thank you for making Disney Infinity a part of your lives—and for adding to the Disney legacy by being a part of this community.

So what’s going on?

Disney posted their earnings report this afternoon, and it did not meet expectations. We knew the Toys-To-Life bubble was going to pop at some point, but obviously did not expect it to be now.

Here are some excerpts from an internal memo sent to employees today:

The team behind Disney Infinity created an incredible product. It was a critical success that inspired a deeply engaged community of players. But, despite Disney Infinity’s quality, it has become difficult to financially justify continued investment given the lack of growth in the toys-to-life market. Coupled with high development costs, the economics of our current vertical business model no longer add up.

In addition, Disney will also be closing Avalanche Software, the main studio behind the Disney Infinity franchise.

On Disney’s earnings call this afternoon, chairman and CEO Bob Iger explained more about the company’s decision to close down Infinity production. “We thought we had a really good opportunity to launch our own product in that space, “Iger said. “I realize it was console space, but it was also essentially– a large component of it was the toys-to-life, they call it toys-to-life business. In fact we did quite well with the first iteration of it, and we did okay with the second iteration. But that business is a changing business and we did not have enough confidence in the business in terms of it being stable enough to stay in it from a self-publishing perspective.

Iger reinforced the financial earnings report that attributed much of the write-down to lingering Infinity inventory. “You know that you take on substantially more risk, particularly when it comes to manufacturing and managing the inventory, the toy inventory, of that business,” he said. “In fact, as Christine noted, a good part of the write-off that we just announced comes from having to write off that inventory that we took responsibility for when we went into the publishing business. We just feel that it’s a changing space and that we’re just better off at managing the risk that that business delivers by licensing instead of publishing. It’s just that simple. We actually made a good product. I give the developer a lot of credit for the product that they made. It was extremely well-received. But we knew going in that there would be a lot of risk with this product and the fact that we did so well initially gave us the confidence to continue with it. The truth of the matter is that the risks that we saw at the beginning when we started this caught up with us.”

Here is a list of stuff that was planned before everything was cancelled: http://www.iheartinfinity.com/disney-in ... cancelled/
Top

Most retailers have started marking down Infinity characters. We picked up several over the past few weeks including Zeb from SW Rebels and Green Goblin. My oldest daughter pointed out that they are basically the same looking character. Same head shape, same clothes/armor, even the same pose. I tried to argue with her on how they are different, but I think I lost.
Top

Out of curiosity...How did the Green Goblin go from the purple hat wearing guy to the hulked out beast he is now?
Top

I can't recall - he was Hulked out when Humberto Ramos was drawing him years ago but that may have just been style - not sure if he got irradiated or something.....

Purchased my first few today at the 6.95 price point (still don't have a game to play them on though):

Somehow I missed Chewie, he was in stock & I thought I had grabbed him for sure - maybe I left him in the car???

So all I'm left wanting are the Luke/Leia & Rey/Finn sets, as well as a Vader single figure and Chewie if I truly forgot him. Hopefully I can get them all at the clearance price.
"Something inside me....."
Top

Fuck I spent a lot of money today.

And all that's left is Luke/Leia & Rey/Finn. I think I did well. Now to see if I ever actually play the game, or just look at the pieces ><
"Something inside me....."
Top 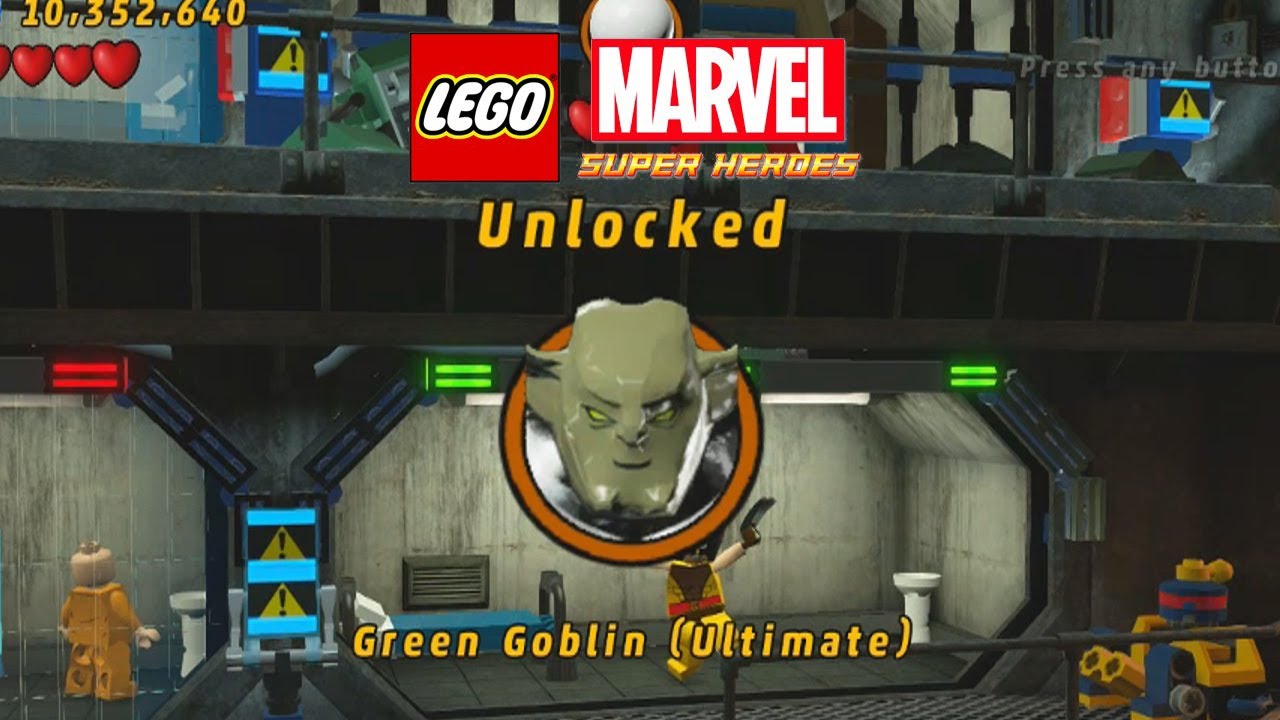 It's actually the USM cartoon that all the Spidey Disney Infinity figures and playset are based on. That's why it includes characters like Nova, Iron Fist and Nick Fury, and should have included Luke Cage and White Tiger. Sure, they're NPC's but that's BS, they are major characters in the show.
Life is short. STUNT IT!
Top

That makes sense, I never watched that version.
"Something inside me....."
Top

Got Ezra, Kaanan, and the Prequel discs from Target today. The only SW figure we don't have is Kylo Ren. We don't have either Tron figure, Time, Mad Hatter, Vision, Ant Man, Black Panther, or Black Spiderman either.

Almost bought the Ronan, Iron Fist, and Drax at TRU, but decided not to. Those three and Yondu are the only 2.0 figures I don't have yet.

We have all of the 1.0 figures except for the crystal versions. The only crystal figure we have is Agent P. I don't really see the point in getting them.
Top

Nice collection. The only other stuff we had was from Marvel, Tom got the game & 3 Avengers characters as well as Rocket & possibly Groot. He never got too engaged in the gameplay.... which sucked because I wanted to buy all the figures.
"Something inside me....."
Top
Post Reply
82 posts